ChargeBox's relationship with the International Cricket Council (ICC) began in 2017 when ChargeBox provided 35 charging stations for the ICC Champions Trophy.

The relationship continued in 2019 with ChargeBox providing 104 stations across 13 venues to the ICC Cricket World Cup 2019 - ChargeBox's biggest ever rollout for a single event.

The ICC, the global governing body of cricket, set itself the target of turning its most prestigious tournaments into “smart events” which encouraged attendee interaction through social media and mobile app usage.

The ICC understood that the issue with delivering this vision of a connected audience would result in attendees using their devices more, resulting in a greater drain on battery life.

The ICC selected ChargeBox's ‘Lock and Leave’ system that enables attendees to safely and securely leave their mobile phone to charge while they enjoy the action on the pitch.

The units provided a fast and easy way for fans to keep their mobile devices charged during the one-day, limited over matches, which usually last around eight hours.

The stations were installed across multiple venues in England and Wales. Fast de-install and re-install was a crucial factor in the selection of ChargeBox's solution as the tournament progressed and demand changed across different grounds.

ChargeBox charging stations give ICC event attendees a safe and secure method to charge devices, removing the stress caused by a low battery and allowing visitors to continue engaging with the event.

Each of the stations had a full vinyl wrap and video content displayed on the 19” LCD screen, which meant the ICC brand could be promoted on the stations.

The ICC commented: “We had the pleasure of working with ChargeBox at The ICC Champions Trophy 2017 and were particularly pleased with the personal service that they provided. Not only could we add our branding to the stations via the wrap and top screen but the units were 100% reliable. Once the tournament was over, we received self-explanatory and useful usage reports. Overall, ChargeBox provided an end to end service.”

From Simon Jelowitz, Senior Event Operations Manager at the 2019 ICC World Cup: "Our vision was to deliver a World Cup with unparalleled fan experience, not just for cricket but for major sporting events. ChargeBox were a vital part of us achieving that vision. One day cricket is an 8 hour event so the opportunity for fans to charge up, keep in touch with their friends and record lifelong memories of their Cricket World Cup experience together was invaluable." 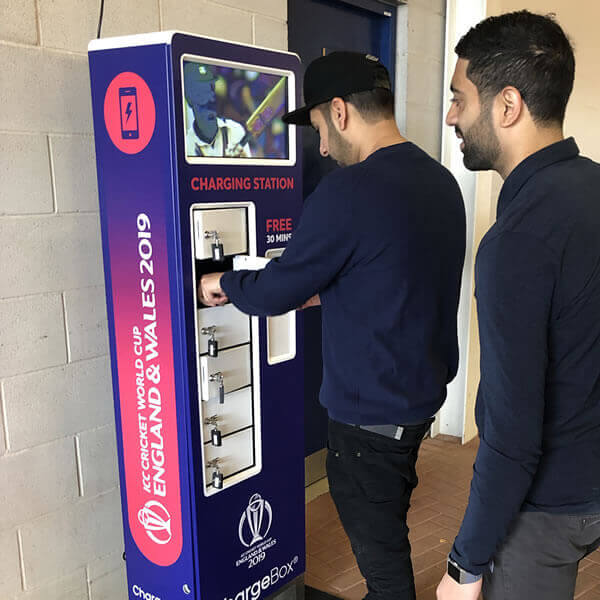 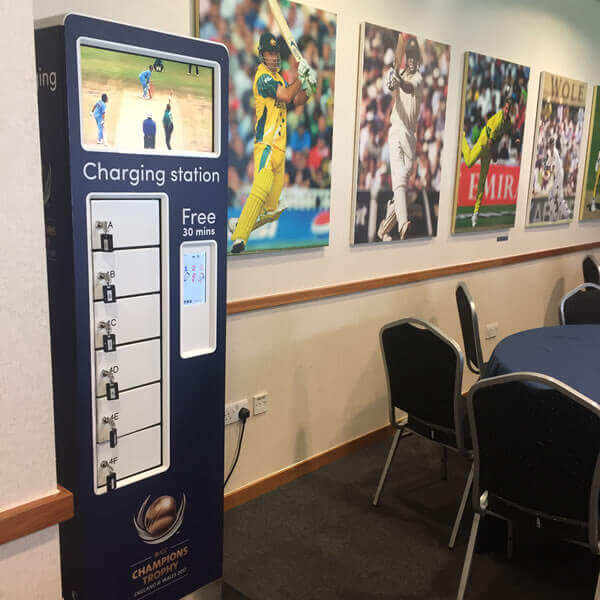 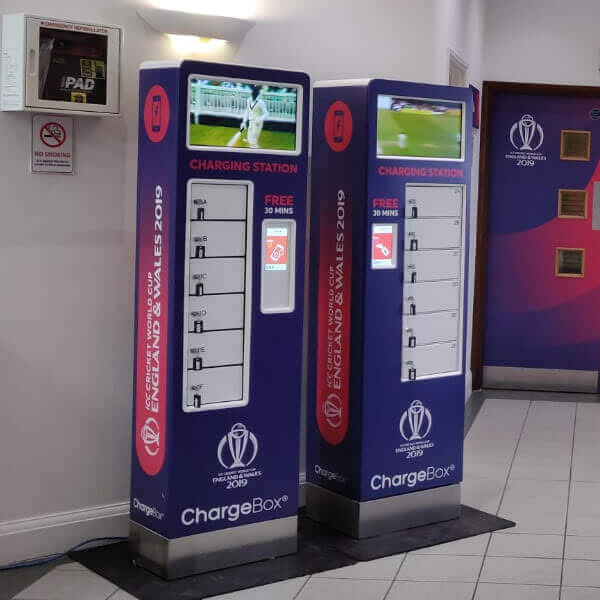 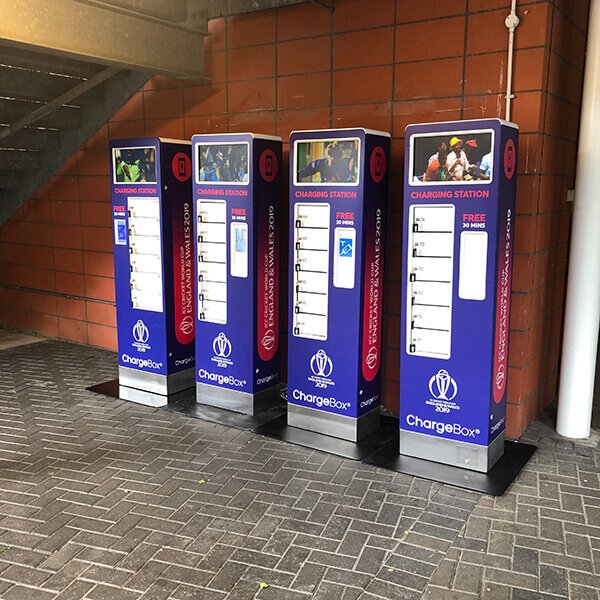 Who else is ChargeBox charging?

At Wimbledon, we’ve always been passionate about providing a great experience for our visitors, and offering charging solutions not only enhances the customer experience but enables users to stay engaged for longer. Over the past five years of working together, the ChargeBox team have continued to guarantee excellent service and always make sure they deliver to the highest of standards.

The All England Club

and many other organisations ....